Skip to content
Please note that the 2022 award recipients in all categories will be announced at the 2022 festival on August 13th.

Nominations are closed for 2022. Thank you for your interest. 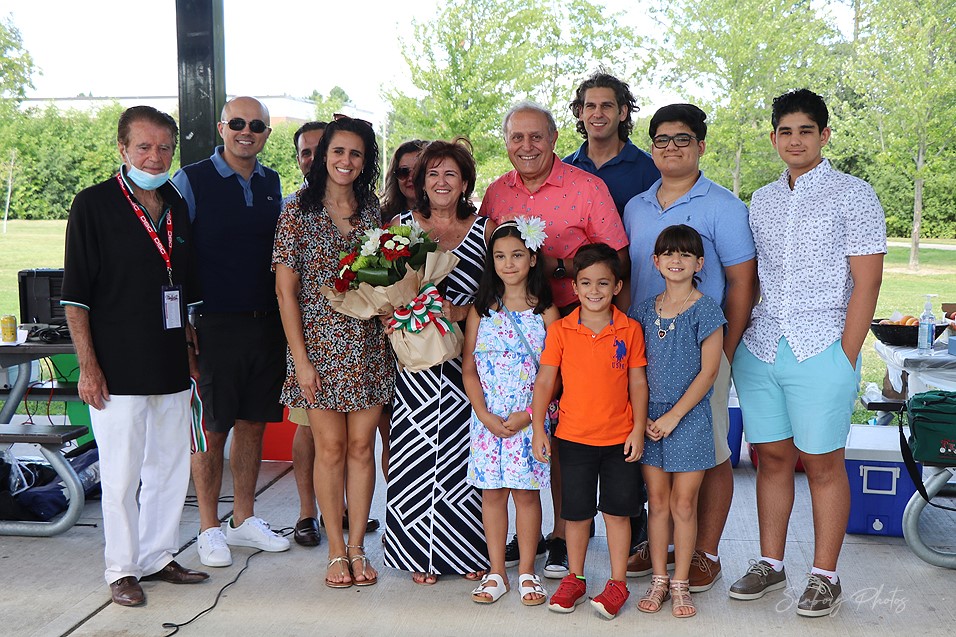 Shortly after, the Second World War began and the devastating result of consistently being bombarded over several months caused the Forte family to lose their home.

When the war ended the family were able to move to a rental home for several years where Leonardo Forte, was born in 1952. The opportunity to immigrate became available but since there wasn’t enough money for the whole family to immigrate at once, Lucia and Giovanni saved enough money to buy one ticket at a time to Canada.

Matteo, born in 1933 travelled first in February of 1952 through Pier 21, Halifax to work as a farm helper. Matteo then sponsored everyone of his siblings starting with, Angelina, who arrived in 1954 through Pier 21, Maria, arriving February of 1955 via Pier 21, Giuseppe, joining them in 1956 arriving through New York’s, Ellis island and lastly Leonardo in 1966 arriving via Ellis Island as well.

As often the case in these times, the Forte family siblings travelled alone, every few years to join their other brothers and sisters in Canada. Unfortunately, due to unforeseen circumstances Leo, his Mother, and Father could not reunite with the rest of the family. In 1966 via Ellis Island, Leonardo, his Mother, and father arrived in Canada and a joyfully joined the rest of the family. Fortunately, the roads were paved with opportunity, and Leo had a much easier time adapting to the Canadian way of life. After receiving a business and commerce high school diploma, Leo had returned to Italy to spend time with his parents.

Upon his return to Canada, he worked at numerous jobs gaining vital knowledge and experience in running a small business. In 1978 Leonardo with two other partners purchased Toronto Salt (makers of Cliff Brand Salt) , a long-standing Mississauga company operating since 1886. Eventually he bought out the other two partners and presently Toronto Salt is located in Brampton.

Leonardo Forte is still a resident of Mississauga and very proud to say that his children, together with his wife Joan and himself are all involved in helping to run their very successful and award-winning business, Toronto Salt and Chemicals Ltd. 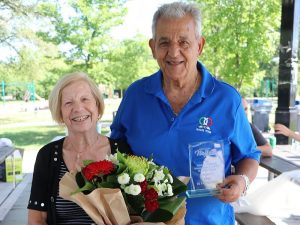 Gino arrived in Canada via Pier 21, Halifax, on the 21st of November 1960. He met Enza, the love of his life and they married the same year. Gino and Enza were blessed with 3 sons, Joe, Tom, and Mauro, 4 grandsons and 1 granddaughter.

His first job in Canada was as a barber in Mimico, later called Etobicoke. In 1963, Gino read that Ford Motors in Oakville was hiring. Willing to work hard and wanting to improve his family’s financial situation, he applied and started the long-time employment relationship with the Ford Motors Company where he worked until he retired. Gino had heard that in Oakville there was an Italian community with an Italo Social Club, and he soon became a member. Being an avid bocce ball player, he recruited other passionate players and started organizing bocce tournaments locally and then provincially.

To strengthen the Club’s financial stability, he initiated social activities such as dances and family dinners that brought Club members together in a fun way while supporting the Social Club's expenses. In 1997 Gino and Enza were vacationing in Mexico. Gino, known for his outgoing personality introduced bocce and then directed tournaments for the mostly Italo-Canadian visitors, also staying at the Playa Hotel. While there he discovered there was an Orphanage called the Hogar Infantile Marsh close by and learned they were operating below standard at a poverty level.

Wanting to help, Gino suggested to the Hotel Director they should start fund-raising for the Orphanage to supply essential food, clothing supplies and medicine. This collaboration resulted in years of organizing barbecues, dances and bocce tournaments elevating the lives of a multitude of Mexican orphans. Not satisfied to only fund-raise in Mexico, Gino orchestrated fund-raising events in Oakville with all proceeds to the Hogar Infantile Marsh Orphanage. One of events featured the renowned Italian Canadian Composer, Singer and Recording Artist Mimmo Lari.

Gino continues to be known for his kindness, generosity, and philanthropy. He’s supported hospitals such as Princess Margaret, charities and Not for Profits including Mississauga Italfest Inc. by continuing to work with the Hotel Director at the Playa Hotel, organizing the donation of 2-week trips to the Playa Hotel, Mexico that Gino happily provides to those hoping to make a positive difference in people’s lives.